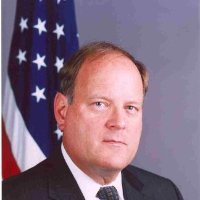 Ambassador Lewis Lucke is Board Chairman of Fuelie Systems Inc. www.fueliesystems.com that is developing telemetry enabled mobile fueling systems for more effective disaster response and medical evacuations by helicopter. He is also SVP of the Emerging Markets Access Group www.emaginc.com and Executive Director of Daroke Resources LLC www.daroke.com. Ambassador Lucke has deployed several times for USAID and the Department of State since 2014 on official business—respectively to Jordan, Mauritania and Saudi Arabia and retains his clearances and diplomatic status while on these assignments. In 2010, he served as lead “US Response Coordinator” for the Haiti earthquake, leading the United States’ $1.0 billion emergency relief and recovery effort. Ambassador Lucke was nominated by President George W. Bush and served as US Ambassador to the Kingdom of Swaziland during the Bush Administration. He served for 29 years overseas with the U.S. Agency for International Development (USAID). He was the first USAID Mission Director for Iraq 2002-2004, where he directed a $4.0 billion reconstruction and economic development program, USAID’s largest program ever and the largest reconstruction effort funded by the United States since the Marshall Plan. Ambassador Lucke is from Austin, Texas, married with three grown children. He received a Bachelor’s degree from the University of North Carolina-Chapel Hill and an MBA from Thunderbird School of Global Management in Arizona. Mr. Lucke served in the U.S. Foreign Service in ten countries: Mali, Senegal, Costa Rica, Tunisia, Bolivia, Jordan, Haiti, Brazil, Iraq and Swaziland. He was USAID Mission Director in Bolivia, Jordan, Haiti, and Iraq and interim Mission Director in Brazil and Mauritania. Ambassador Lucke has received USAID’s two highest awards, the Administrator’s Distinguished Career Award in 2001, and the Agency’s award for Heroism in 2004. He was named a Distinguished Alumnus of 2003 from the Thunderbird School of Global Management. He received the Secretary of Defense’s Award for Exceptional Public Service in 2004. Mr. Lucke is fluent in French and Spanish and has a working knowledge of Arabic. He is the author of “Waiting for Rain: Life and Development in Mali, West Africa” published in 2000.